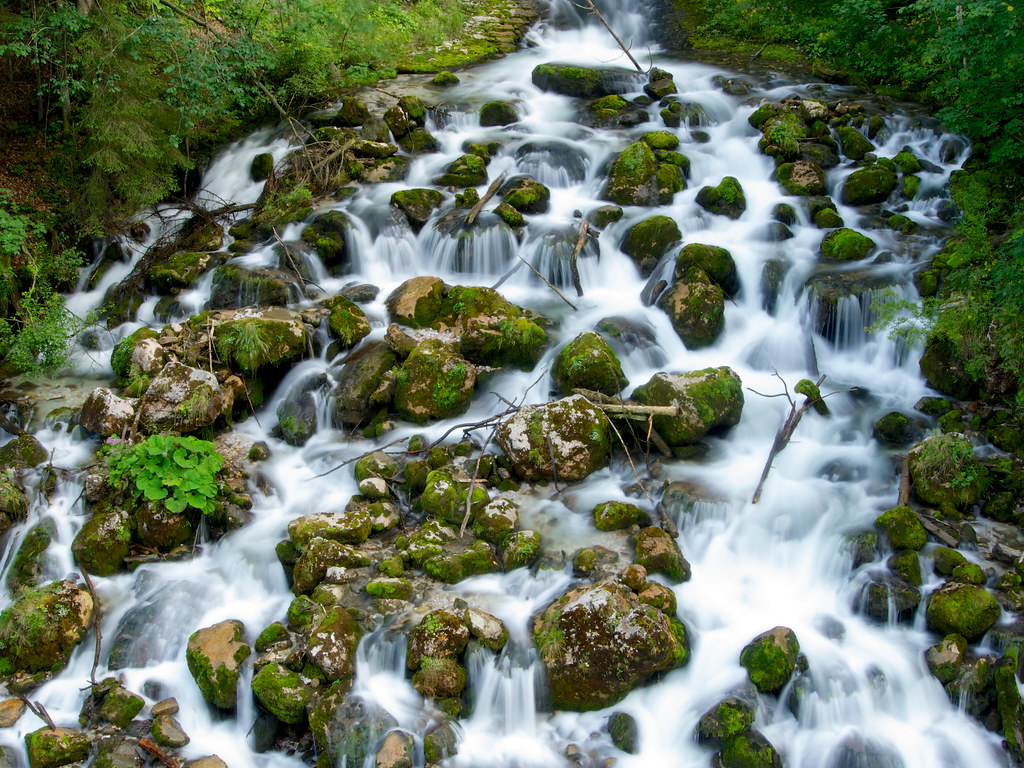 A waterfall and small creek in Styria(Austria).

This waterfall is located in the Gesäuse natural park in Styria. The natural park is situated along a river of the same name. It is a wild romantic region, with lots of woods, forests, creeks and rivers which give it a feeling of being in a fairytale country. Green is the dominating colour, an intense, saturated green, as can be seen in the picture. 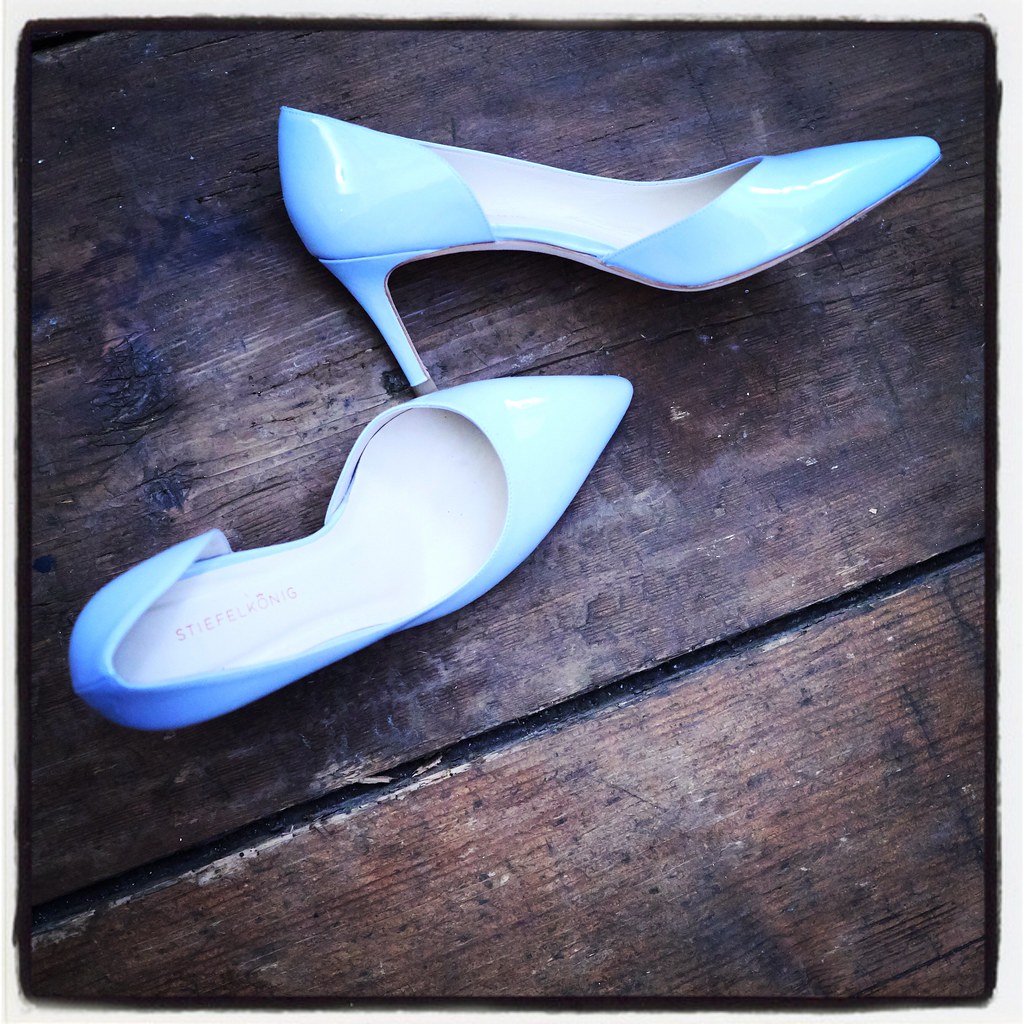 At the end of a wedding, the bride has removed her shoes and left them on the wooden floor of the restaurant where the reception was taking place. The elegant blue of the shoes contrasts lovely with the somewhat rough, almost rustic brown floor.

The shoes also tell a story of the wedding, of a day full of elegance, beauty and festivity. A day which is the culmination of weeks of planning, full of the stress of all the preparations that went into it. This day is now over, the formal ceremony has passed. The reception was a success. Now that most guests have left and only the closest friends and family hold out, everybody can relax. So the bride unwinds, takes off her shoes and sets them down, almost carelessly on the floor and puts up her feet on a chair and reclines. 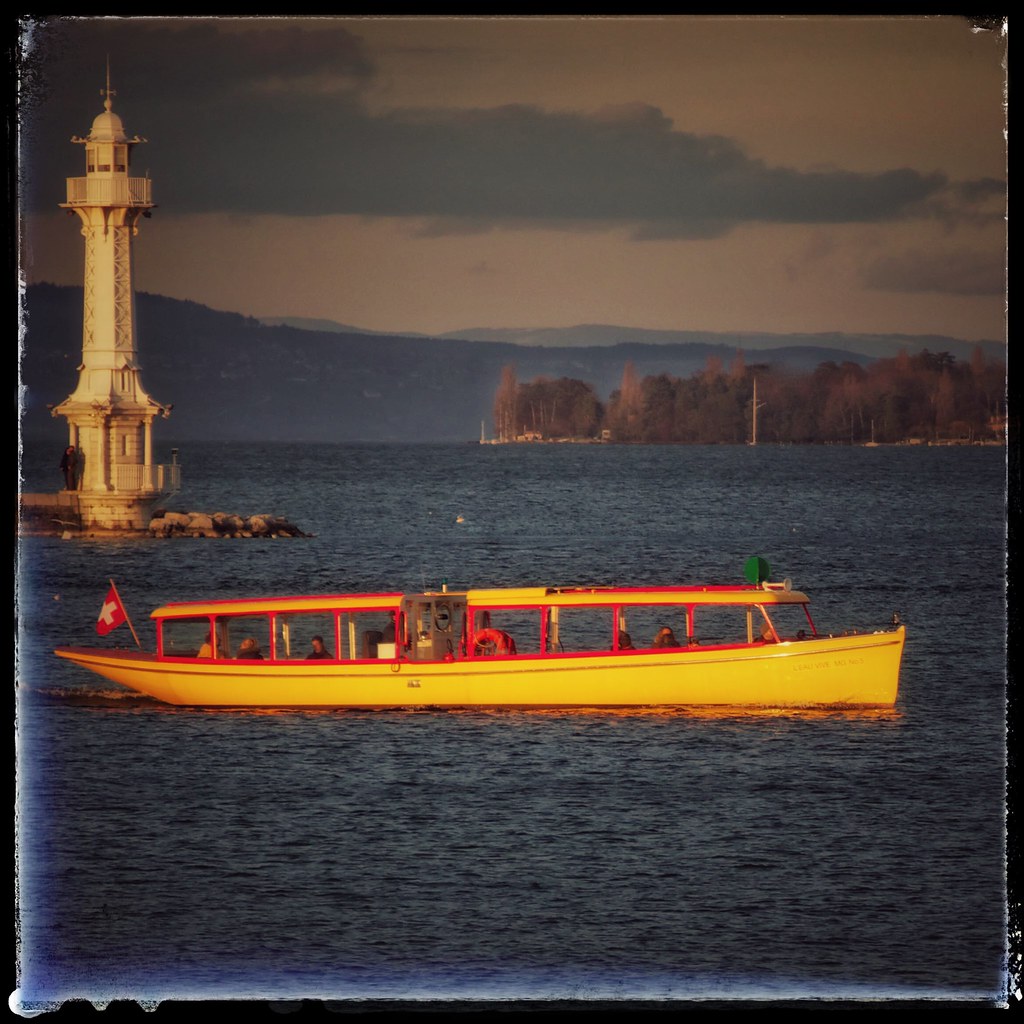 Geneva is situated on both sides of Lake Geneva, where the lake flows back into the river Rhône. Four ferry services conveniently connect the left and the right1 bank of the city and allow to cross a large part of the town without having to go around the lake. These little ferry boats, which are for passengers only, are called Mouettes and have a distinctive yellow colour making them visible from far away. Contrasted against the blue of the lake, the Mouettes stand out intensifying their golden colour.

The golden light of the setting sun enhances the yellow, and the blue of the lake intensifies the yellow of the boats even more with a perfect complementary colour contrast. 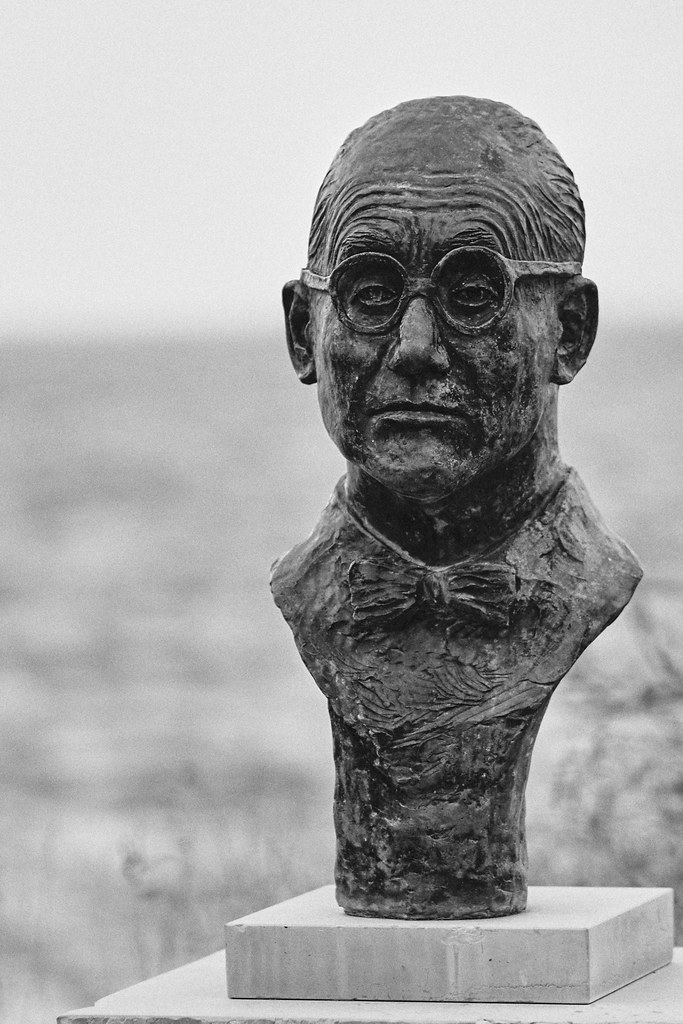 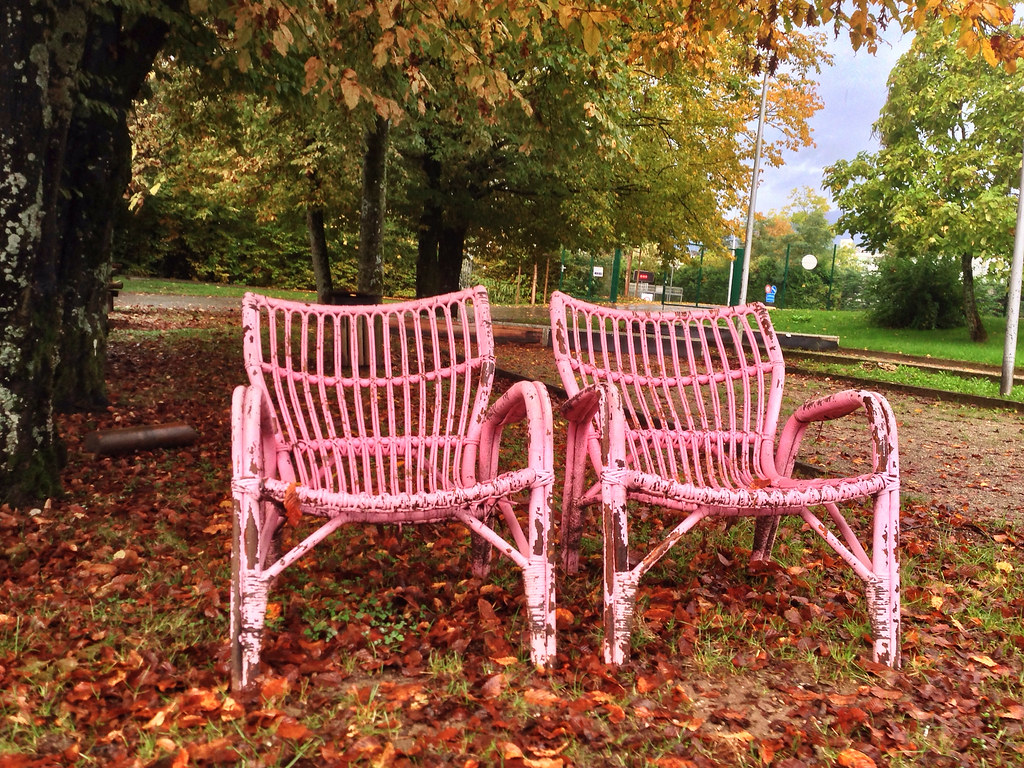